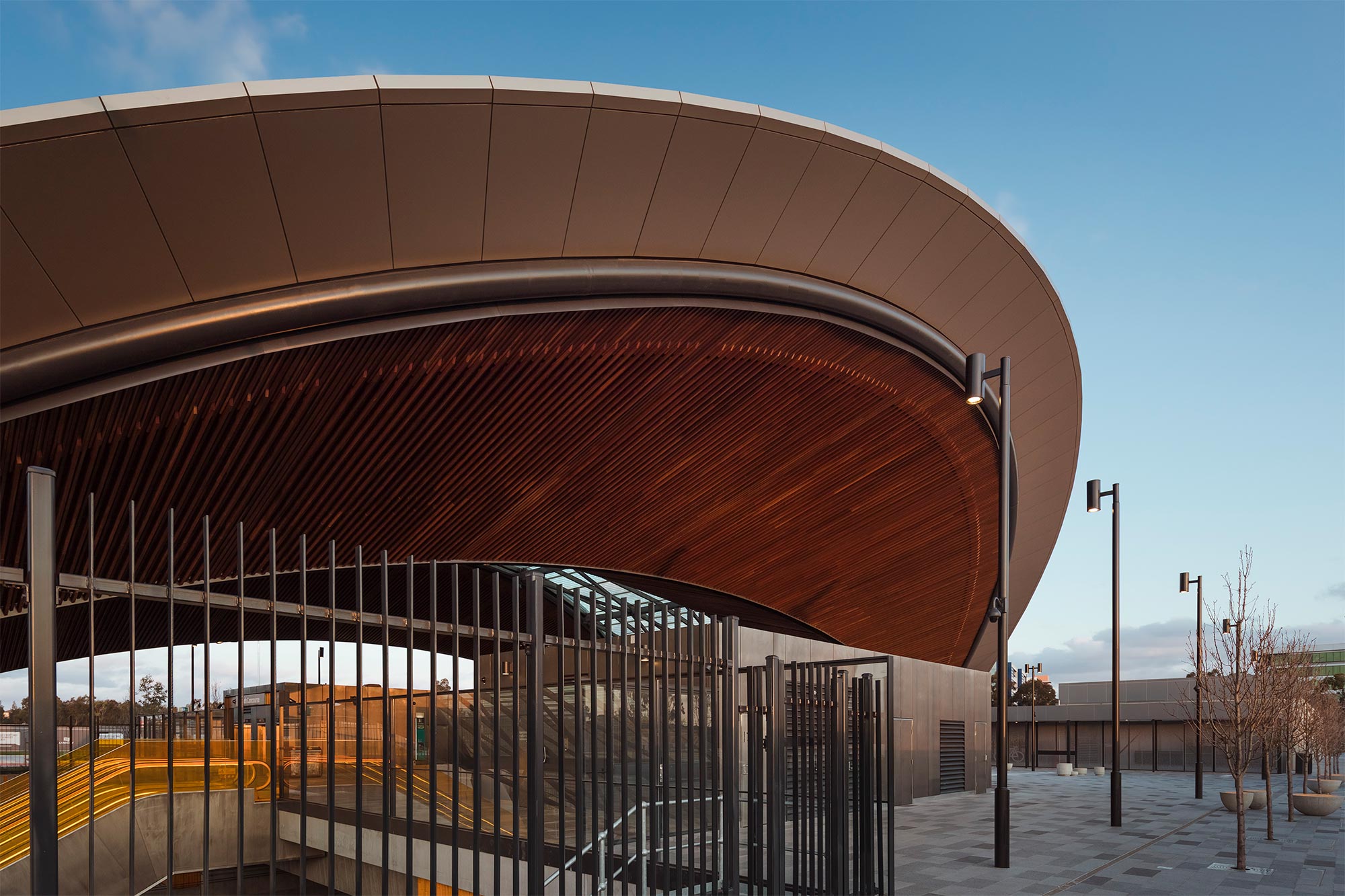 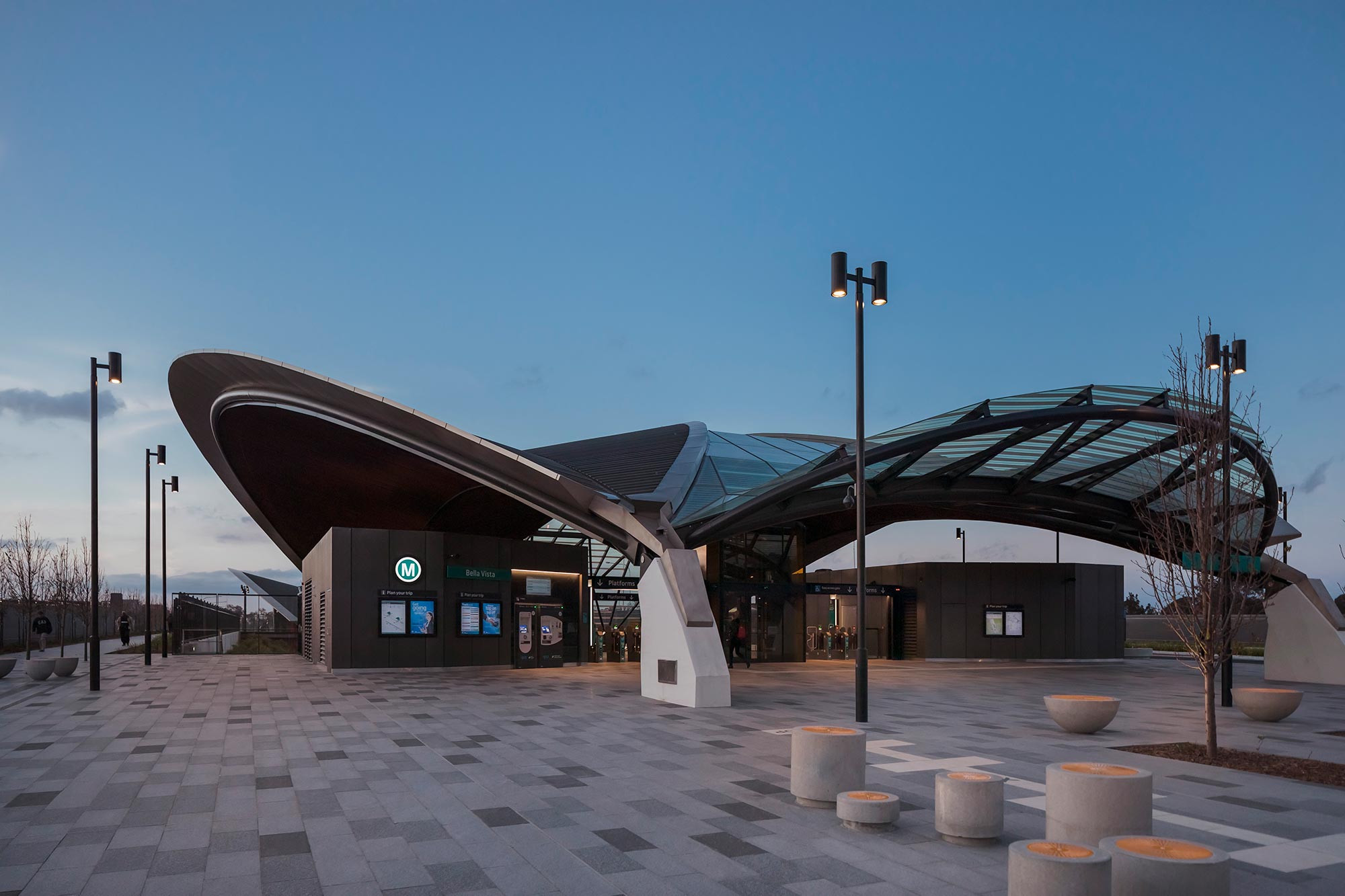 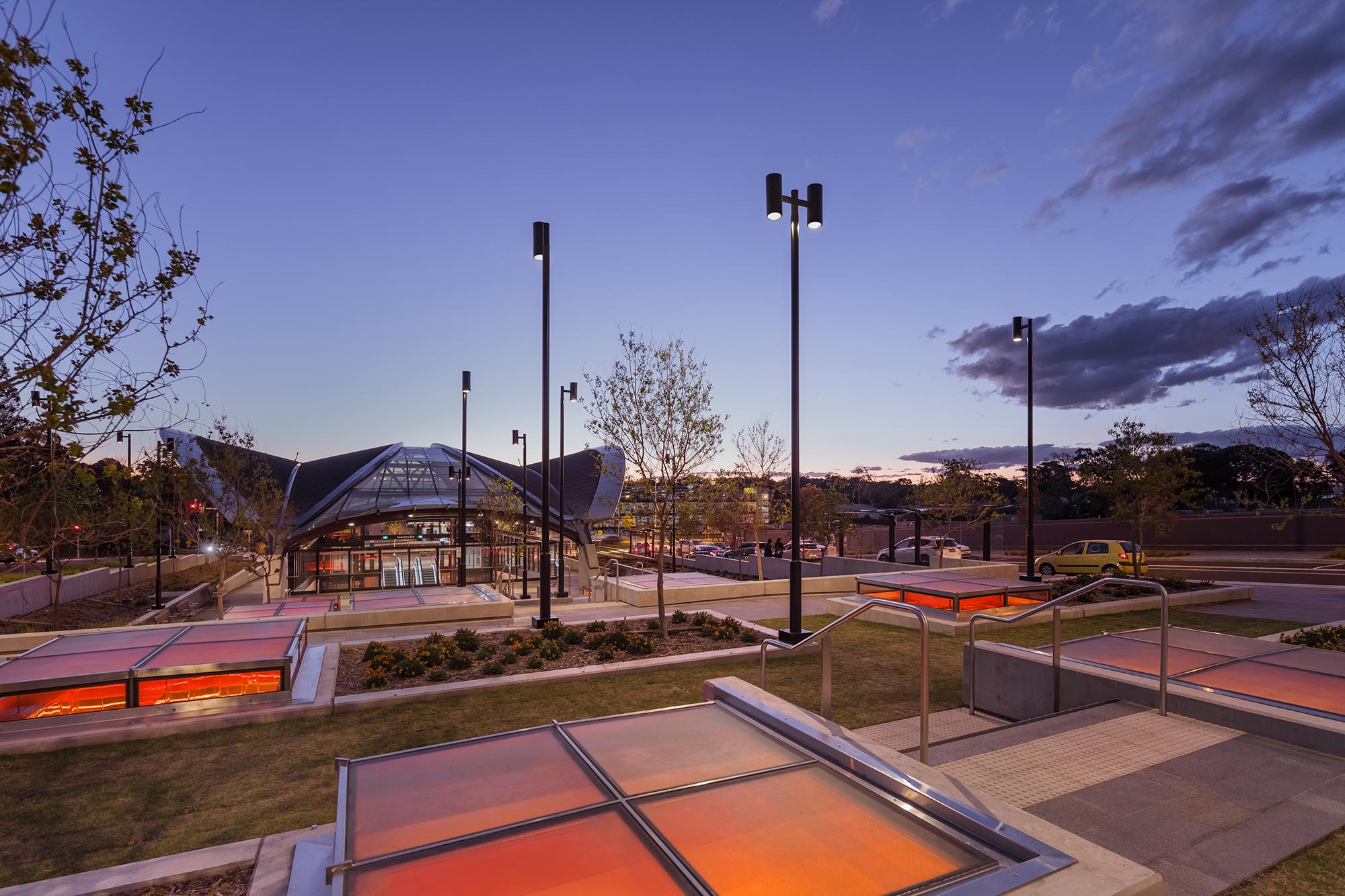 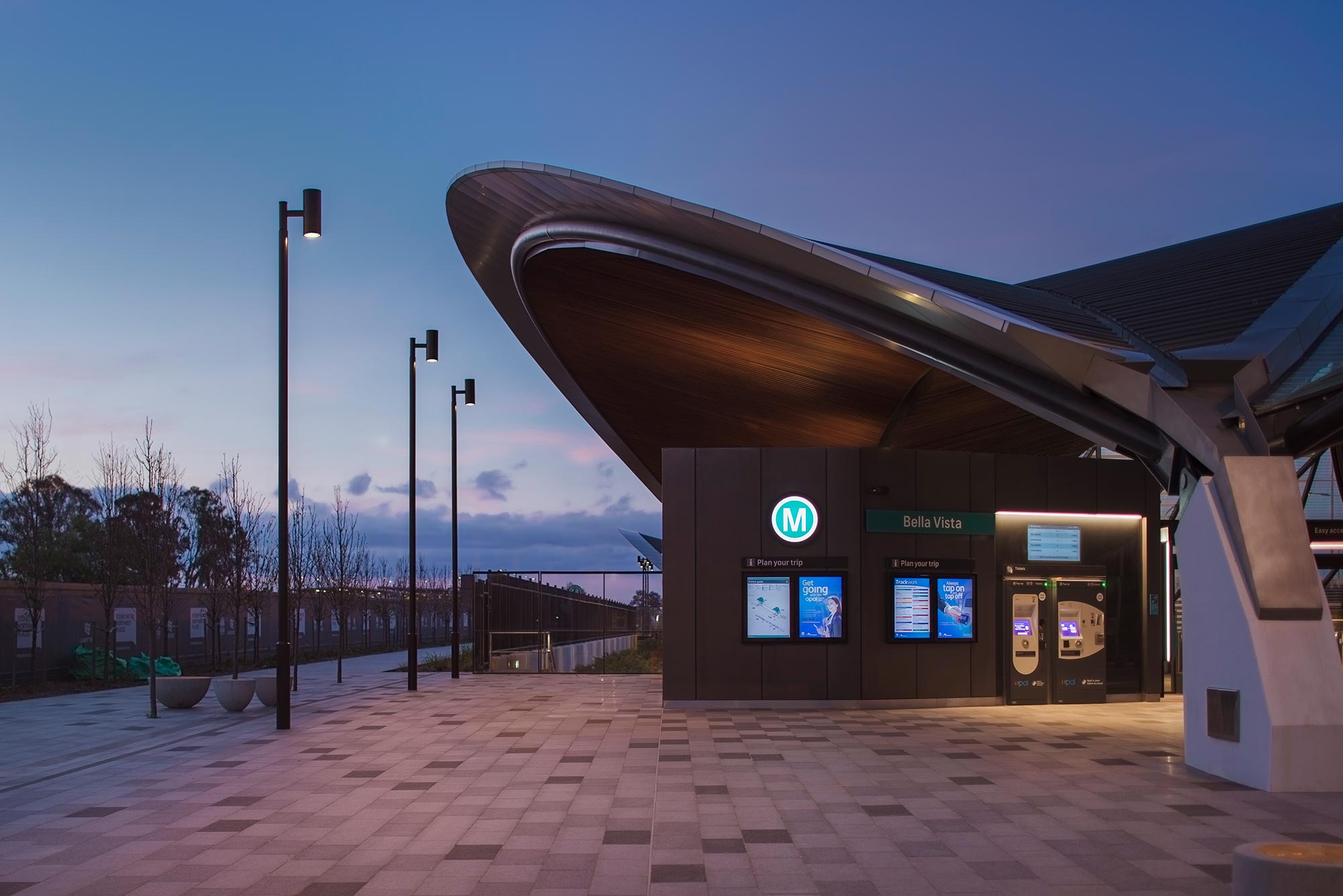 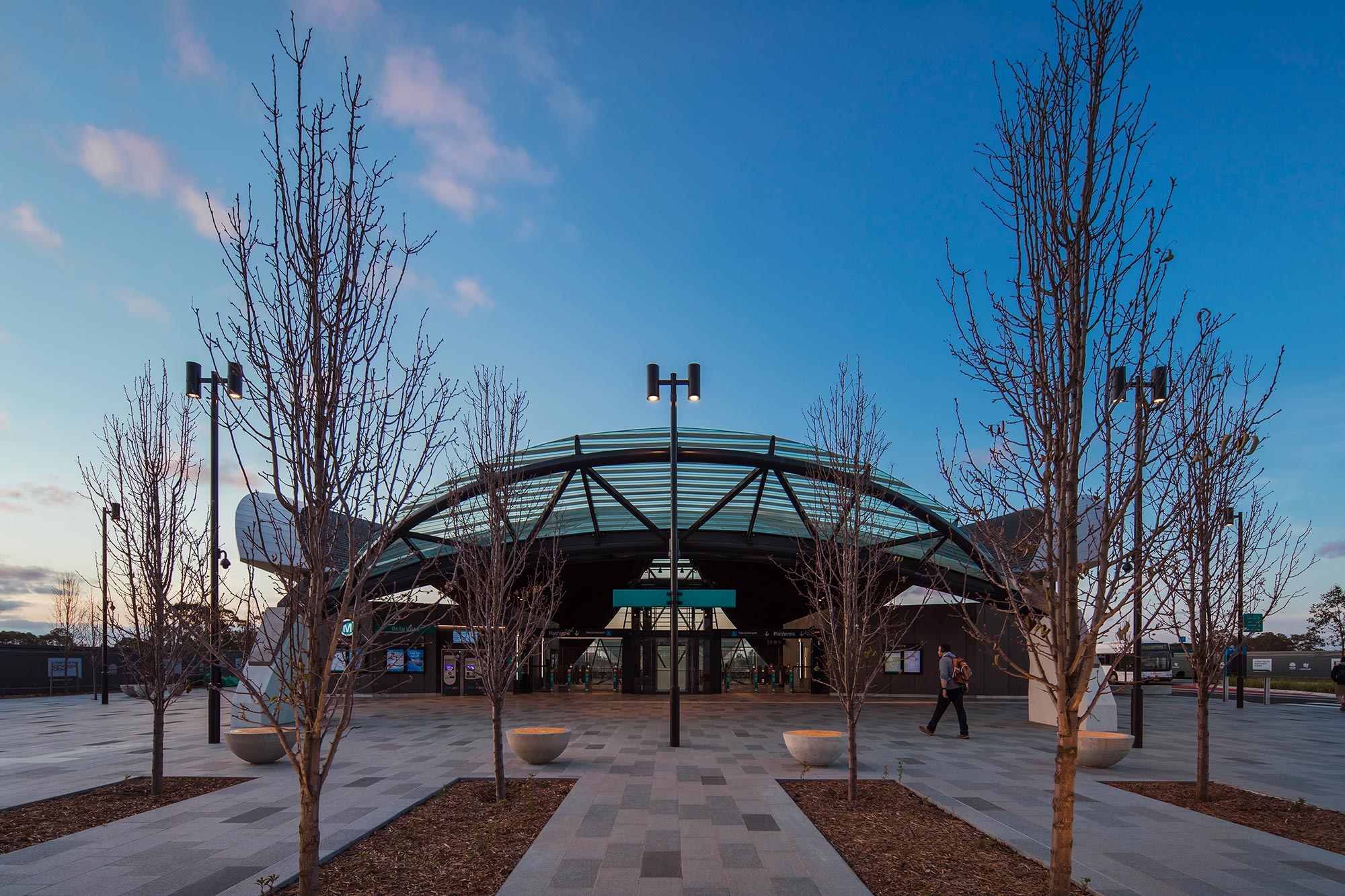 With many stations boasting an impressive scale, covered by enormous elliptical canopies, it was essential for the selected luminaires to match in scale proportionately. Ligman produced large custom sized Tango post tops which were supplied for every station, maintaining consistency in function and form.

It was also crucial that the Tango was adaptable and could be utilised throughout the various domains for differing functions, without compromising on performance. Using different optics within each Tango, depending on where it was situated created a uniform appearance physically while still delivering customised optics for each location. Some for commuter pathways and others for area lighting within each environment.