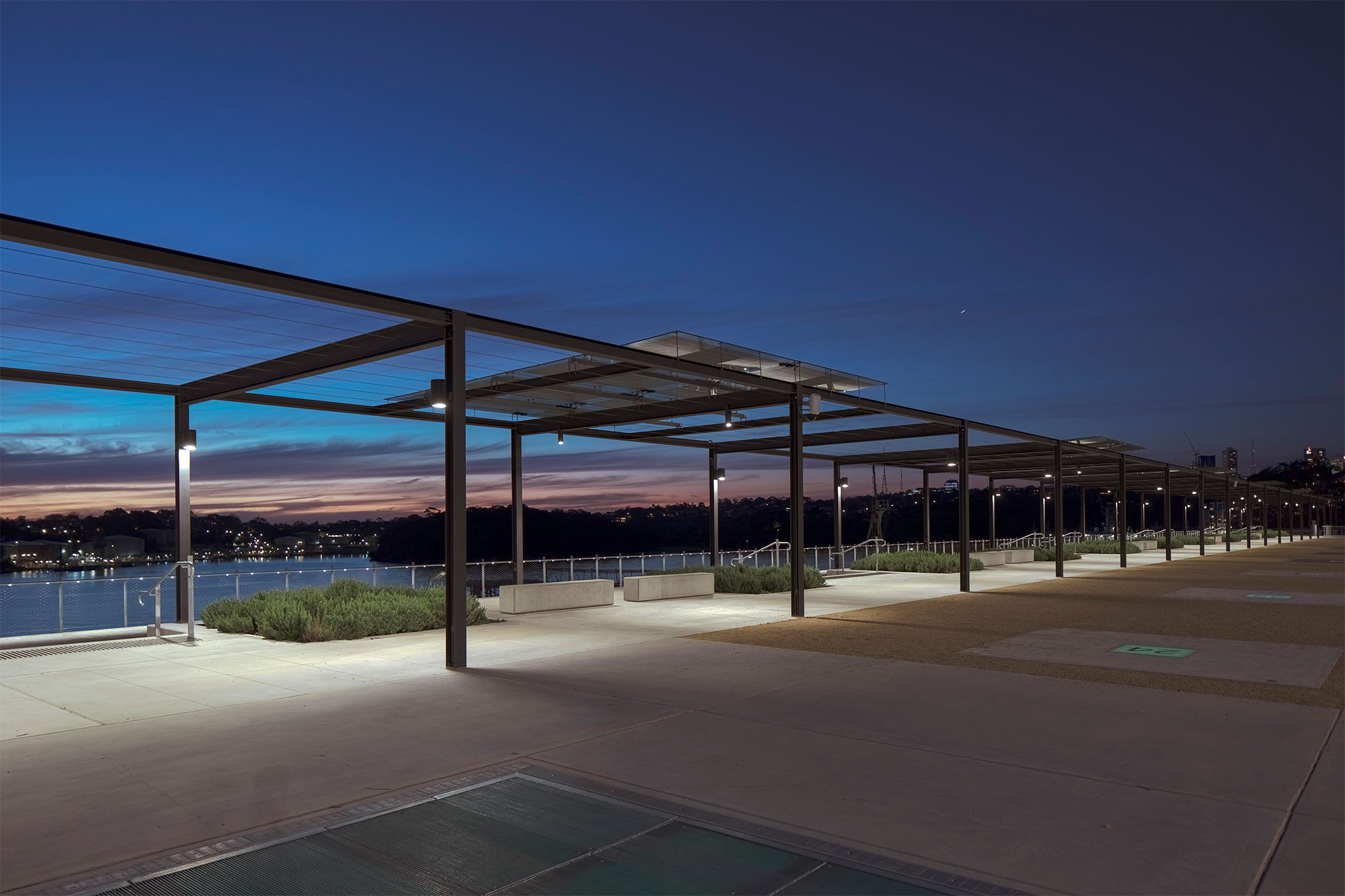 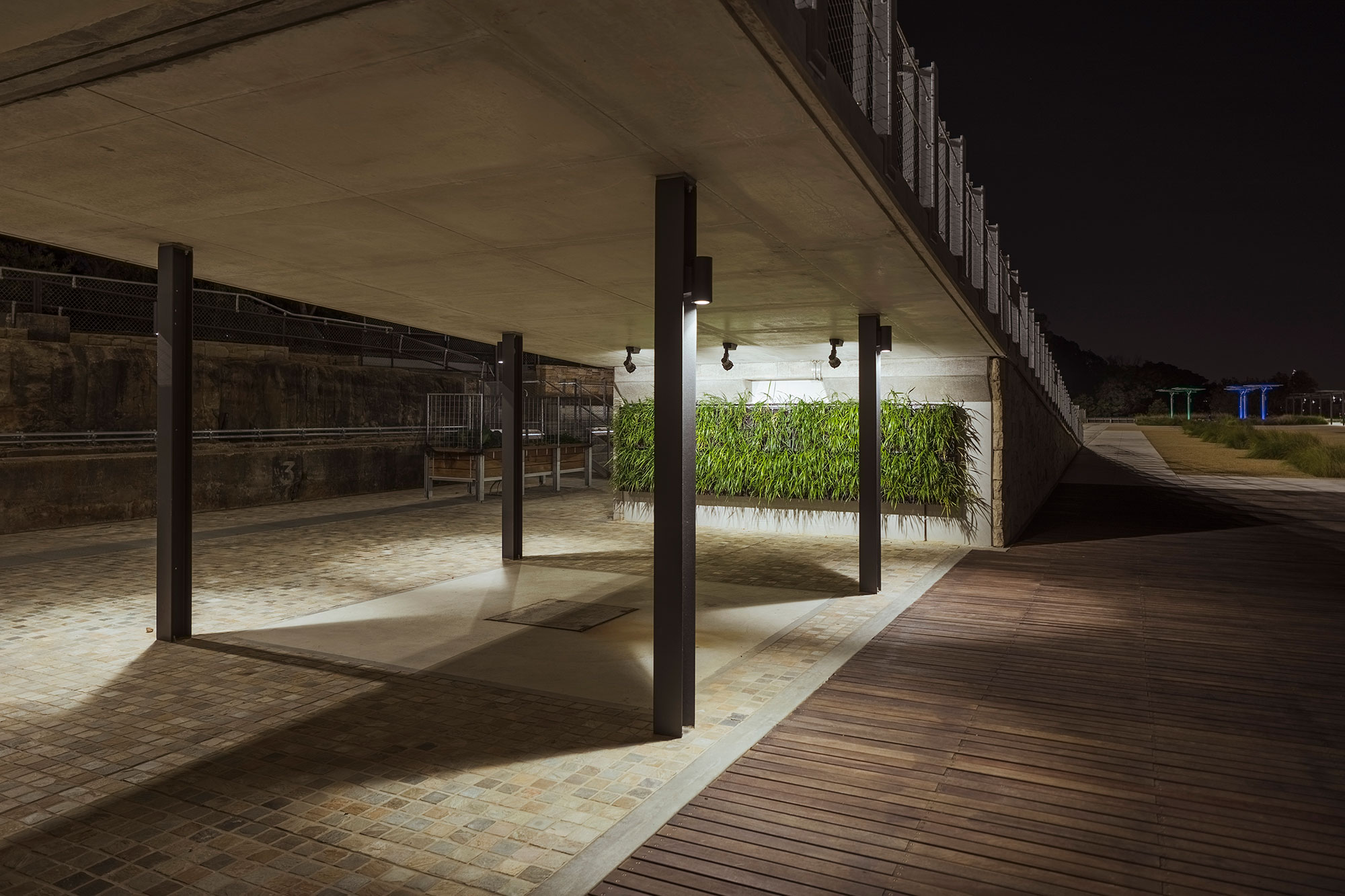 Located on the western side of Waverton Peninsula, The Coal Loader Centre for Sustainability pays homage to the site’s heritage through considered and detailed adaptive reuse.

The former transfer depot for coal lay dormant for many years until North Sydney Council put plans into motion to repurpose the site as an environmentally sensitive community space. In conjunction with HTP Consulting, Perform Architecture and Glascott Landscape and Civil, their brief asked for design restraint with minimal intervention, emphasising the idea of ‘revelation’ and articulating its existing character.

The combination of Ligman, ERCO and Megabay exterior luminaires were utilised and carefully situated throughout the site, contributing to the design intent.

An architectural colonnade of reclaimed steel was used to line the perimeter of the Coal Loader site, supporting a canopy of solar panels. Ligman Jet surface mounted downlights and Tango wall mounted luminaires light the pathway underneath, functionally coordinating with the understated exterior architecture.

A strategic arrangement of Ligman Vekters and ERCO Tesis in-ground luminaires were used to complete the design. Highlighting some of the robust materials that were salvaged and repurposed across the inspiring and uniquely sustainable community project.